Expressing one’s position through carefully-crafted arguments has many benefits. In the process of crafting an argument, we can engage with key components of the critically reflective process we’ve seen in the previous unit.

It is important to remember that a well-crafted argument is not necessarily one that is combative, or one seeks to create an “argument culture” of communication between students. The argument culture, described by Deborah Tannen (1998), involves a belief that the ‘truth’ can be reached through a debate that pits two sides against each other. Accordingly, this sort of culture tends to oversimplify complexities and emphasise differences in order to “win over” the other side (Fook & Askeland).

Thus, in helping students/youth learn how to craft and develop their own arguments, we need to be mindful of this tendency of using arguments as means to be dominant over different perspectives.

For example, a different approach would be to consider how the formulation of arguments can be part of a critical thought process by: 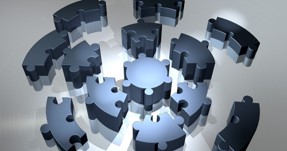 Below you will find a table with some key tools and resources you may use for the facilitating sessions on critical thinking and argument formulation: