In this section we will address the following elements: 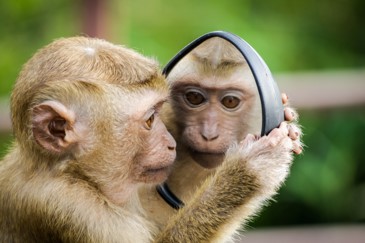 A theme that unites the various elements in this module is the importance of self-awareness, defined as ‘conscious knowledge of one’s own character, feelings, motives, and desires’ (Oxford Dictionary). From a practitioner perspective, the purpose is to develop an awareness of what you bring into practice with young people. The activities outlined in this module will support you to develop self-awareness and to develop awareness of your organisational culture.

Julie Tilsen makes the point that the purpose of self-awareness is to develop ‘Deliberate Practice’. The aim is to improve practice with a focus on a specific area or skill. 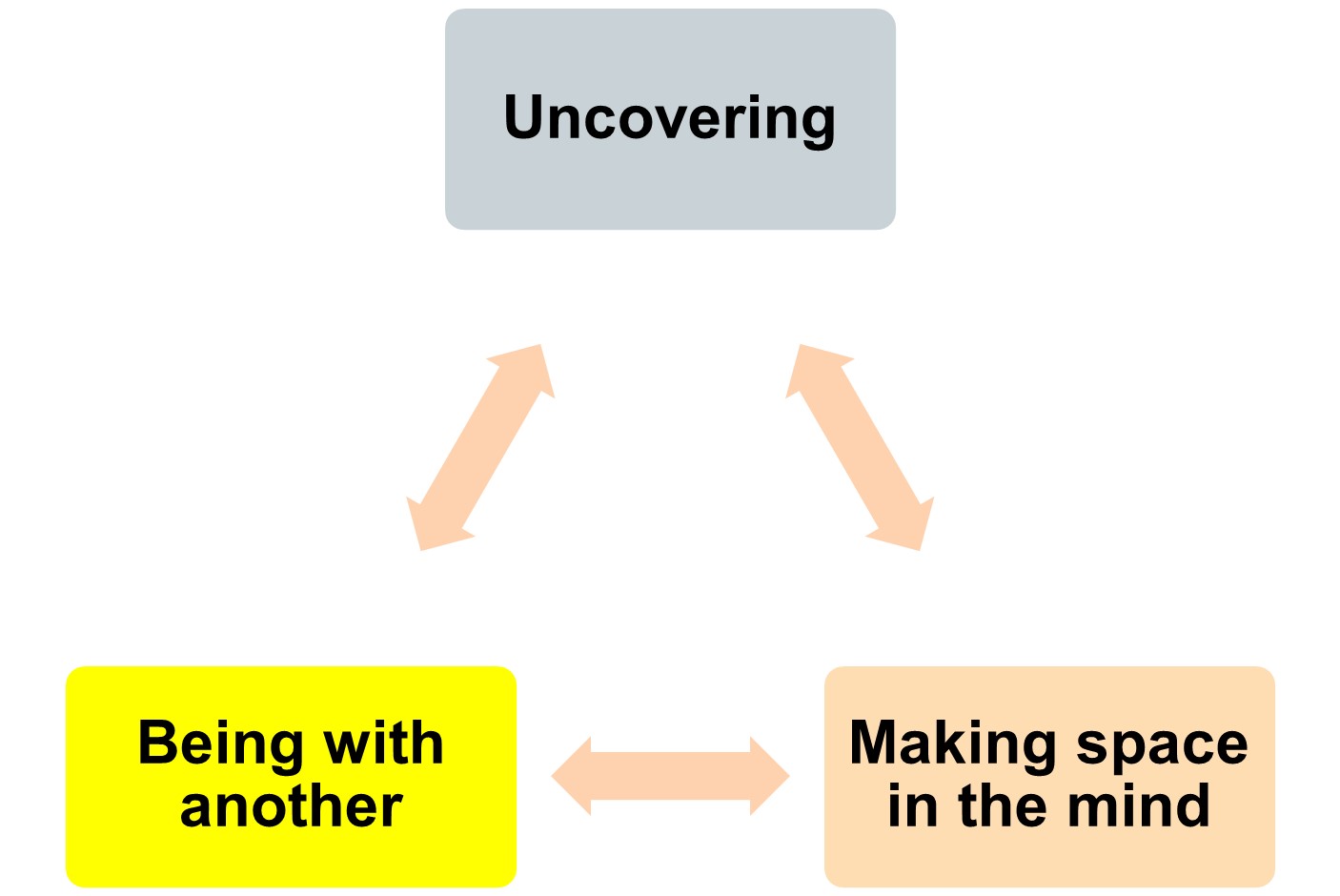 Source: Collander-Brown (2010) ‘Being with another as a professional practitioner’ in Jeffs T, Smith M. Youth work practice. Basingstoke, Palgrave Macmillan

We don’t live and work in vacuums. Every context is different. Every organisation is different. And things changes moment by moment inflected by an incident in someone’s life to a geo-political event like a terrorist attack, a flood, or a movement of solidarity or kindness.

Still, when we enter into different spaces, we can often sense or feel the distinctive atmosphere of the place. It’s hard to put a finger on what causes this.

Developing cultures of awareness means being open to looking at the ways we both do, and don’t do things. What we pay attention to, notice or privilege shapes the culture of our organisations and institutions. So too does ignoring or silencing certain issues shape those cultures. For example, Is sport privileged? Music? Certain (gendered/raced) voices?

This also involves reflecting on how we listen, to whom do we listen, how we enter into dialogue and with whom as individuals, as students, as practitioners. All of these practices shape the cultures of our educational spaces as they are lived and embodied. We can then see whether our values, beliefs and principles are really lived out.

One way of reflecting on organisational cultures involves the following. 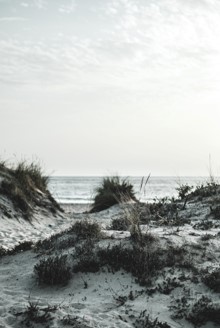 Other examples of difficult moments in practice involved being stopped by organisational management or boards from doing educational work based on principles of listening to both sides and addressing misinformation.

Sometimes the work of bringing two sides into conversation, in particular for social educators, is seen as problematic. However institutional cultures committed to engaging with these issues need to support listening to young people, even when they have problematic views, in order to encourage their voices, their expression, their reflection and their dialogue.

At times when there is a divisive issue in society, organisations prefer not to address it with young people.

Indirect methods of silencing involve micro-managing the situation, insisting on knowing all questions and topics that will be explored in advance, rather than being open to what may emerge and trusting in the process and the educator.

This kind of risk aversion can mean that conversations are shut down in what are often some of the only spaces that young people have to talk about these issues.

At times, when there is a dominant norm in society, however liberal or progressive it may be, there can be intolerance.

As educators, bringing attention to questions of racism and discrimination, and what different contexts call for with the diversity of students coming into educational spaces, is part of the work that needs to be done as an educator. 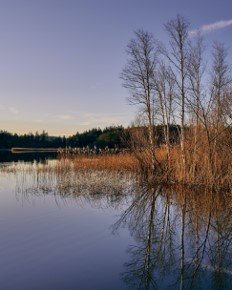 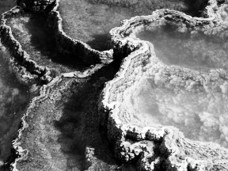 In Unit 3, we will think more about some of the ways in which we can ‘map cultures’.

🤔 Question: Is there a ‘code of behaviour’ or is there a cultures of punitiveness in your site of practice that prevents engagement with difficult issues?

🤔  Moment for Reflection: Take a moment to reflect on the nature of language and how we use language in our schools/youth groups / classrooms. Reflect on tone, volume, gestures? Is it about orders or invitations? Does it remind everyone of hierarchies of power, or does it invite voice? What words are invoked the most?

Restorative Conversations offer a means to reflect on our language. These:

Reflecting on Power and Agency

Drawing ‘assemblages’ can help to imaginatively locate the inter-relation of complex elements in your life and your site of practice.

Part of this means becoming more open to understanding the structural issues that shape inequality and experiences of ‘othering’, exclusion, oppression, and isolation, such as racism, sexism, dogmatic belief systems, and ideas about national or cultural identities that privilege dominant norms or groups.

These ‘invisible’ forces can be very powerful.

Overt power tends to more obvious than all the ‘invisible baggage’ that shapes our world.

Lukes (2005) in Power: A Radical View speaks of the necessity to reflect on power in three dimensions rather than two and that we need to attend to those aspects of power that are least accessible to observation: Power is at its most effective when least observable.

Brené Brown offers another interesting lens through which to reflect on power. She speaks of approaches that seek power over and also power with/to/within. 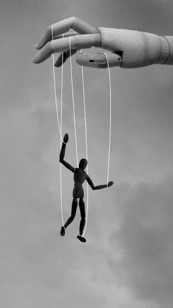 Activity 13: Reflecting on Power and Agency #1 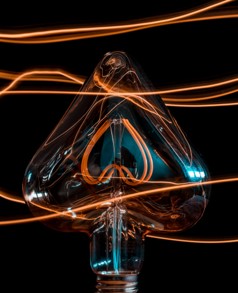 Take a moment to reflect on how power and agency operate in your own classroom/site of practice.

Reflect on the kinds of power at play, how they ‘other’ and exclude as well as how they bring together in conviviality.

Think about the objects or practices that perhaps do both (a flag, an accent, the images in the space, particular words that circulate..).

Activity 14: Reflecting on Power and Agency #2

Activity 15: Will We Close Things Down or Open Things Up?

A recurrent theme through this project is the question of whether the/our dominant tendency is one of closing down topics for discussion, or opening them up in ways that listen to the voices of young people, despite the difficulty of the topic or challenging content.

There can be a kind of ‘counter-extremist’ tendency in some organisations whereby, through risk aversion, the tendency is take a counter-extreme position – shutting down opportunities for difficult conversations or to work through conflict.

Looking at controversial issues can be really challenging, for example looking at the hunger strikes in areas of Northern Ireland where this is a particular controversial issue, but these also offer really important learning opportunities to challenge perceptions as staff and for capacity building in educational contexts.

🤔 Reflect on this observation. What is your emotional reaction? What would you like to say to the person who said this or to the people about whom they are speaking? Would you take this approach?

“With Covid and anti-vaxxers, if we think about the sort of people who are working on ‘countering’ the extremist perspective, we can end up cutting down and shutting down discussion and debate.

To open up is not about giving oxygen. It is about saying ‘Look, I am going to listen to you because most people won’t. They just want to close the door’.

This is why these people say that others are being propagandised and don’t want to hear the truth. It reinforces the sense of no one wants to listen and this is reinforced by other voices saying we are on the periphery.

Instead, we can say, talk about it, what makes you believe that, and engage in an open and philosophical way, using the Socratic method, exploring the ‘how and why and where’, and creating a space that allows them to think about it for themselves, with what are often nascent constructs.”

Admitting One is Wrong: Vulnerability and Power

Being sensitive to the significance of micro-aggressions that can be both frustrating and painful when persistently experienced by young people and professionals is part of the process of self-reflection without defensiveness.

What matters is to be able to admit when one has made a mistake and apologise, in particular as a teacher. This is part of showing willingness to learn and understanding implicit bias.

We might then ask how does power ‘behave’? Does it behave with vulnerability and willingness to learn and unlearn? Is it sensitive to the power of language? 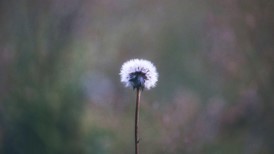 Activity 16: The Practitioner in Context

The ‘Person-System-Role’ framework is a tool to develop self-awareness. The aim is to support practitioners to consider how the interrelated elements of personal, system and context influence their current role. The framework originated from the work of the Tavistock Clinic and Grubb Institute in London. In terms 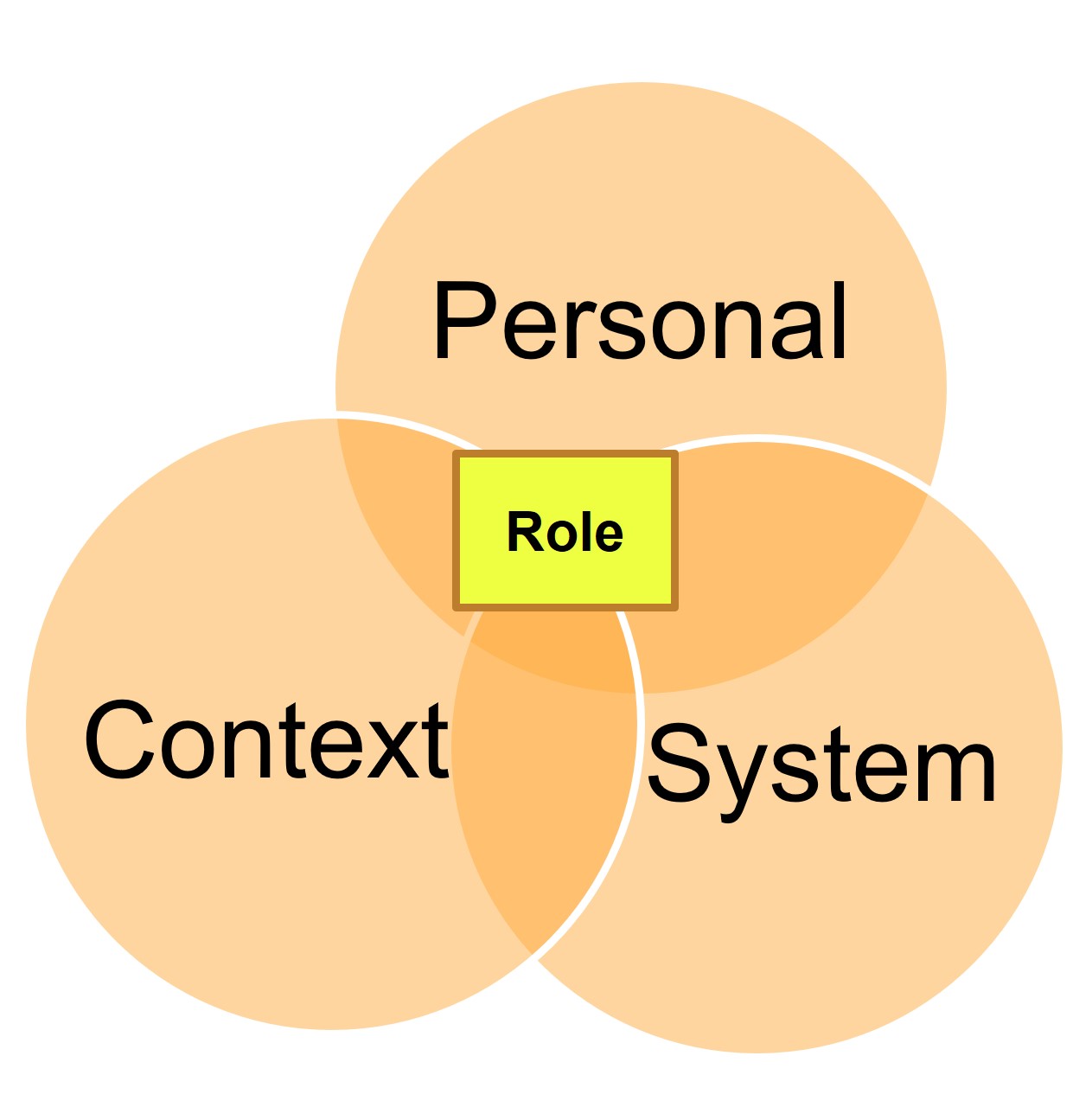 In each of the three circles write/draw how you feel/think the Personal (what makes you the person you are), System (work organisation, young people you work with) and Context (legal requirements, attitudes of wider society/Government) act to support/constrain your current role. The open approach is really just to raise awareness by bringing material ‘into the mind’.

This can also be used as a framework to reflect on specific aspects of practice. If a practice went well the aim is adopt an ‘Appreciative’ approach and if something did not work you are encouraged to adopt a ‘Critical’ approach. As a method you place the example of practice in the role box and make associations with the personal, system and context to understand how these influenced what happened. The aim of the specific approach is to support the practitioner role by consolidating practice. It can also identify personal and or system elements that need adaptation to improve practice. 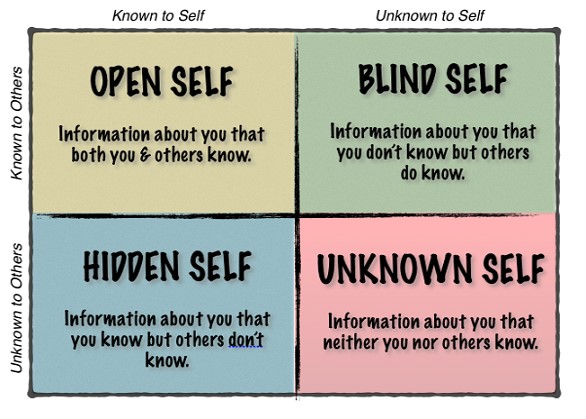 The Johari Window is a well know framework for developing self awareness  about ourselves and the relationships we have with others.

Follow the link to find out how to use the framework https://youtu.be/XKkK6x5rchg

about the idea of an assemblage as a kind of cartography or map comprised of lots of different kind of heterogeneous (different) elements all in relation with one another.

To map an assemblage, we make a diagram including all sorts of things that we might not normally think of as coming together but which allow certain things to happen and create certain cultures and atmospheres.

They imagine this as ‘transversal’: relations that are real and have real effects but that are complex and can’t be reduced to a single element. This might be something quite small that has huge changes.

One example from our contemporary time is the COVID-19 virus. This virus has transformed global movements, health systems, relationship to bodies, touch and feeling, chemicals and sanitisation, masks, feelings of safety, consumption of vitamin D, propagation of conspiracy theories, landfills, trust and so on. But we could be much more specific in making a diagram of all these very different interconnecting elements in our different contexts, for example, looking at the impact on young people in specific urban areas..

It’s the same thing with schools and youth clubs. Sometimes light falling in a particular way, a warm summer’s day, anxiety about exams, job loss, nutritious food, and so on will all come together to create a particular atmosphere or culture. There are usually patterns over time, but these can shift, sometimes dramatically, when a new element is introduced.

Sometimes some ideas over-code others, like what it is to be a boy or girl (what are the dominant images of masculinity or femininity and what space for other gender identities?), what is attended to as being most important in a school (maths, football?) and this shapes everyone’s experiences in different ways. 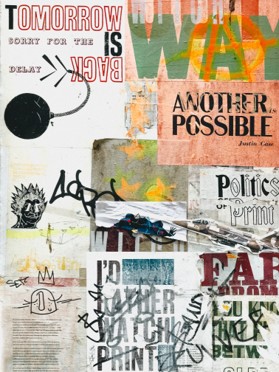