As part of a series of responses called “The Impossible Conversation” to Jonathan Cummins’ exhibition When I leave these landings, Sharon Todd wrote the following.

“The pedagogical intent here cannot simply be reframed into a question about ‘us’ versus ‘them’ but how the very encounter between us stages a conversational space whereby the difficulty of witnessing – hearing things we don’t want to hear, confronting things about myself I cannot bear – can turn into the conditions for listening. Such spaces are never only about a ‘them’ who ‘we’ have to ‘tolerate’ , instead the space itself creates a ‘we’, a community that resists easy categorization and makes us all participants in a common project. Conversations are not just about people speaking to each other, but about the nature of listening, of receiving, of being open to something or someone outside of myself.

A conversation, in this way of thinking, does not begin with an aim of consensus, healing, resolution, mutual understanding or even empathy, although such outcomes may emerge. Rather, the commitment is to being with the other, staying with the other and sustaining a conversation through its ambivalences, misunderstandings, disagreements and silences.

It is, perhaps, this perplexity, ambivalence and difficulty that is of most value in undoing our assumptions, and in some ways undoing ourselves How can any conversation ever be guaranteed to lead to a predetermined outcome – does this not rub against the grain of having a conversation in the first place? Do we always need a specific goal for having conversations – do conversations always have to be about making decisions or coming to agreement, can they not just be about confronting each other?

It is precisely this latter aspect of conversation, confronting each other face-to-face, that Cummins’s work focuses on. In this, the pedagogical space of transformation, the space through which we learn to become witnesses and listeners, is a difficult if not at times unbearable space.

And this is where our conversations begin, in this space of proximity, where there is an ever-present threat of violence. No wonder conversations are difficult or impossible, for they demand that huge risks be taken, without the assurance that everything will be just fine in the end. And even if we think we fail to communicate and understand one another are not failures of communication and understanding also starting points for other things to happen – ethically, aesthetically, politically?”

There are different reasons that a conversation is difficult and these are often inter-related. Three key ones are:

Why focus on conversation as a ‘form’ for experiencing such difficulties?

A more fluid and unpredictable form of engagement than debate.

On the level of content, the difficulty of difficult conversations often arises when the material being explored highlights our relationship to social injustices of varying kinds. On this meaning, difficult conversations are difficult in how they expose our shared implication in the suffering of others, with all the potential experiences of guilt, anxiety, discomfort, and denial that this can bring (Britzman, 1998; Britzman and Pitt, 2004). The content of difficult conversations can also pose difficulties in relation to their intelligibility, where practitioners and young people may feel wary of engaging with, and responding to, such issues on the grounds of their complexity and enormity (Boler, 2003). 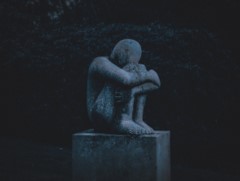 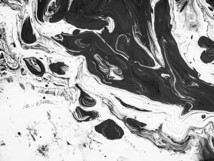 At other times, however, the difficulty of difficult conversations lies not only in the nature of the content itself, but also in the relational dynamics at play during these.

For example, a young person who has experienced years of racial abuse may not find the realities of racism particularly difficult to understand or surprising to hear about. What they may find difficult, however, are the responses of peers and practitioners to this content, particularly if these responses are characterised by derision, denial, moral superiority, or infallibility.

Given the realities of pluralism and difference, it is unsurprising to expect that difficult conversations will inevitably expose these challenges. The key is to engage with difficulty in forms that do not demur from the deeply divisive but nonetheless build relationships of belonging across such differences. Below we indicate the benefits of a specifically conversational approach for achieving this.

Debate is a useful form for engaging with difficulty. However, it is not without its limits, especially when we consider how debates often proceed from a relatively fixed set of assumptions, positions, or identities that interlocutors need to ‘defend’ or ‘reject’.  Framing young peoples’ engagements with difficulty solely in terms of debate risks eroding young peoples’ sense of belonging to a collective. It achieves this by limiting opportunities for young people to meaningfully listen to the experiences of others; through debate, the experiences of another risk being listened to only to the extent that they can be rebutted. In this sense, difficulty becomes something to be streamlined and contained.

Educators sometimes set up debates but don’t know how to come out of them which is very damaging to young people. Perhaps debate should be abolished in favour of dialogue. Deeper dialogue and listening and being open to diverse opinions is very important because it allows for diversity of opinion to be elicited and to go deeper into those opinions. From a Freirean perspective, this also means solidarity so that young people, no matter what their opinions are, no that you are on their side. It means you understand the challenges and injustices of the system and you understand their experiences.

Conversation involves dialogue and listening, but it has an open and meandering path that can go all sorts of places.

Conversation, by contrast, is sometimes a more fluid and unpredictable form of engagement with others, where thoughts and ideas unfold in a move that is more intuitive and responsive (Bojesen 2019). Read in this way, conversations are less about asserting a fixed set of assumptions, positions, or identities, and more about exposing those realities to a shared sense of ‘being together’. Bojesen writes the following in this regard: ‘Conversation forms but also deforms and dissolves identity, putting it always on the move. To find oneself in conversation is also to lose oneself in conversation (2019, 652).’

In terms of encountering and experiencing difficulty, a conversational approach is an appropriate form for this work, as conversation, in its unpredictability, necessarily proceeds from a resistance to safeguarding a purity of identity, as well as from a resistance to infallibility. Furthermore, the ‘unfolding’ nature of conversation renders the complexity and enormity of difficulty more intelligible and bearable for young people, for it exposes the fact that current challenges (and, indeed, responses to these) are never ‘fixed’ in time, but are instead always open to reinterpretation and renewed response.

6. How to Have Conversations 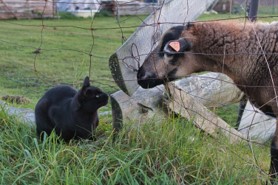 Taking the ‘conversational’ dimension to this theme seriously, the exercises outlined below aim to showcase possible approaches for reflecting on, and engaging in, difficult conversations in practice.  These are:

1)Divide the cohort into small groups of three or four. You can also do this exercise on your own or with a small group.

2)Ask each person to recall an example of a difficult conversation that they have had in their lives as a practitioner. Invite each participant to write about this in a paragraph for themselves, before sharing in their groups.

3)Provide each group with a large piece of paper divided into four sections: ‘Social’, ‘Cultural’, ‘Political’, and ‘Professional’.

4)Encourage each group to identify and reflect on the social, cultural, political, and professional factors that rendered each of their recounted conversations ‘difficult’. Encourage one member of each group to take notes under the appropriate sections on the page, to which the remaining group members can also contribute if they wish.

5)Using these notes as a guide, invite each group to produce two to three minute video clips (recorded on a mobile phone or laptop), where each group member provides an individual response to the theme of ‘Difficult conversations.’ If recording is not possible, this could alternatively take the form of short individual/group presentations to the entire cohort (presented through PowerPoint, or through more creative means, e.g. a roleplay ‘talk show’).

6)Tip: You might like to reflect on how to change the themes when working with young people.

1)Divide the cohort into groups of four (different groups to Exercise 1 if possible).

2)Invite each group member to recount the difficult conversation they have had in a classroom/youth work setting again. Having listened to each member’s story, invite the group to focus on one that they found to be collectively provocative or engaging.

3)With this story in mind, ask three group members to take on one of the following roles: ‘Myself’, ‘The Topic’, or ‘The Environment’. Through their bodies, ask these group members to physically represent the relations between each in response to the question ‘What made this difficult conversation difficult for you?’. The fourth group member will be tasked with articulating the reasoning behind their ‘embodied reflection’ with the wider cohort.

4)Having spoken to and showcased their embodied reflections, each participant will then be asked to return to their groups and reconsider their previous arrangement in light of the discussions that proceeded at Step 3. They may also like to assign alternative labels to the roles, depending on their thinking.

5)The groups will showcase their embodied reflections again, with the fourth group member speaking to the changes that were made and why.

1)Divide the cohort into groups of three or four. Provide each group with a large piece of paper (A0 or similar) and markers/pens.

2)Give the cohort a question prompt pertaining to a ‘difficult’ issue (e.g. ‘Is masculinity toxic?’, etc.) You may also like the group to collectively generate and vote for their own question in response to a stimulus, or to choose from a series of optional questions.

3)Ask one member of each group to write the question prompt onto the large piece of paper.

4)With this question as a springboard, invite each group to engage in a ‘written’ conversation with each other on the page, where each group member responds in writing to the comments of the others. Encourage group members to respond in as casual a way as possible – participants can ‘circle back’ to points written at a previous point in the exercise, cross-out and rephrase their earlier contributions if they wish, etc.

5)Conclude the exercise by inviting participants to compose an anonymous letter to their group members. In this letter, participants should reflect on the experience of engaging in the written conversations. They should identify ideas that were important to them, thoughts on what they found ‘difficult’ to think and write about, and any further questions the written conversation raised for them  .

6)Place these letters in a ‘letterbox’ assigned to each group (a regular shoebox will do). Ask each participant to read aloud to their group a letter other than their own. You may like to do this immediately after the exercise, or a few days/weeks later, depending on the nature/topic of the conversations had.

1)Divide the cohort into groups of three or four. Provide each group with a large piece of paper (A0 or similar), along with various art and stationery supplies (pencils, pens, colours, paints, etc.)

2)Invite the group to depict an outline of a human body on the page. Alternatively, this could be included on the page in advance of the activity.

3)Ask each group to consider the following questions:

i.If this body were a representation of a professional setting that sustained productive, difficult conversations, what would some of the different organs, limbs, and body parts stand for?

ii.What would the ‘blood’ be? The skeleton?

iii.What kind of ‘food’ would this ‘body’ need?

iv.What kinds of ‘physical exercise’ would it require?

v.What ‘immune defences’ would it need to cultivate, and against what kinds of disease?

4)Invite each group to artistically depict their responses to these question on the page. You might also encourage the participants to accompany the page with a written narrative if they prefer.